The automotive industry has been one of the world’s largest economic sectors inasmuch as it is a wide range of enterprises and organizations involved in the manufacturing, development, design, marketing, selling of cars.

In addition, there are a large number of affiliated (automotive) industries such as automative parts, tire, semiconductor, insurance, repairing, fuel, etc.

In Japan, the largest company is still TOYOTA Motor and other car manufacturers like Honda and Nissan are usually in higher positions too.  As a result, the automobile sector is regarded as Japan’s most important industry from various perspectives.

However, the companies are now faced with the changeover in the industrial structure caused by not only the slowdown in developed countries, but also the rise of new technology such as electric car, automatic driving and “Uberization”.

Uberization refers to sharing economy (ridesharing) in the automotive sector and it has become a serious menace to existing automakers since it enables people to choose sharing instead of buying new cars.

Uber has been the market leader in this field although other competitors have chased them energetically like Lyft (US) and Didi (China). However, due to their controversial business model that is capable of disrupting the taxi industry, they have been kicked out from several countries.

Here in Japan, the government hasn’t allowed them to operate the ridesharing business. So, they’ve approached the market in a very unique way.

In order to make the government realize the importance of the role of Uber in the society, they paid their attention to Japan’s one of the biggest social issues, aging population, and decided to prioritize contributing to the society first (not profit).

To explain its detail, I’d like to share Uber Japan CEO’s presentation.
*The CEO Masami Takahashi is due to resign as CEO soon.

The future of mobility in Japan

“Good afternoon. About 300 years ago, back in the Edo era, people in Japan used to live in town houses known as “Nagaya”. Up to 12 families lived under the same roof with each family occupying very small spaces .. about 10 square meters.

There were a lot of sharing happening. People shared resources such as Miso and Soy source. And also congregated around well to share information and social lives.

Basically acted like big family where they look after each other and took care of children and seniors. So in a way, this concept of mutual aid and sharing is embedded in Japanese culture and heritage.

Let’s take a move now to think about what sharing actually means. According to the Oxford dictionary, one definition of the verb “to share” is to use, occupy, or enjoy something, jointly with another or others.

That means for sharing to take place. There needs to be something to share, someone to share with, and also some kind of interaction happening, so that 2 people can share.

Now while there’re other certainly many things we can share. Today, I’d like to focus one resource that we’re all familiar with … cars. 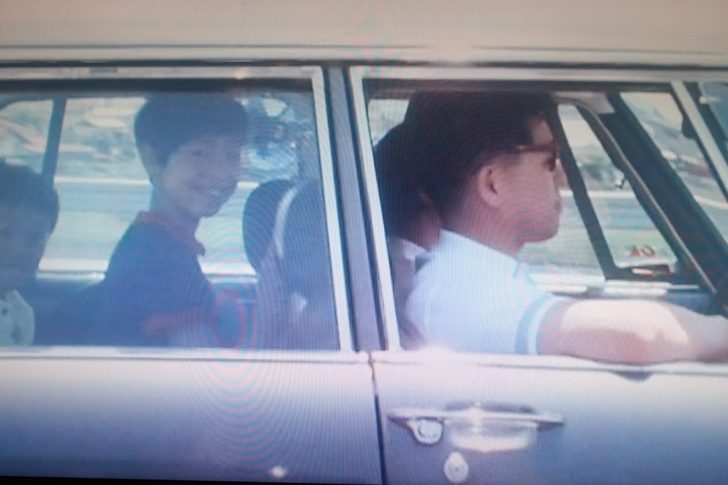 Just a few decades ago, owning a car used to be a status symbol. They used to be a luxury to be able to go from point A to point B and at your convenience.

In fact, in 1976, there was one car for every 2 households. And 20 subsequent years, that doubled.

There was one car per household. So this era of mass production, mass consumption, 60 million cars on the road today in Japan. It’s a lot of cars.

But did you know that cars are not very much utilized as an asset. 96% of the time, cars are just sitting idle parked in a parking lot or elsewhere. So if you do the math, 58 million cars are sitting idle right second right in Japan.

Let me show you a little bit about the situation in my family. Here my 2 grandmothers. Both are almost 90 years old, unfortunately cannot be here today. And they lived on their own until very recently.

So in essence, there was sharing happening within my family. And thanks to that, both my grandmothers had the mobility to go places and also my mother got to spend time with them and interact.

So while this is our great, there’s a lot to rely on one person to provide transportation to 2 people. It’s almost full-time job. Not to mention, there were time when my mother couldn’t take them places even if she wanted to because there were other things to attend to.

My family is not that unique in terms of set up. There are a lot of families in Japan that face similar challenges. Some have it worse. There are actually 7 million seniors in Japan that are underserved by reliable transportation to get, to buy their daily needs.

They are called “Kaimonojakusya” in Japanese. 7 million people is almost the number of people that live in Hong Kong. It’s a lot of people.    While Japan is known to have great transportation, there are a lot of people that are not being served, that can’t go out when they want to. 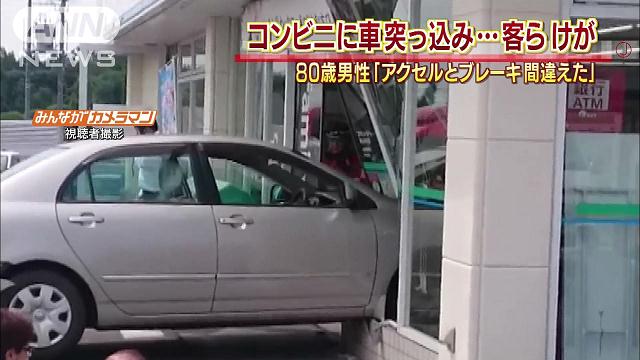 In many cases, senior drivers stepped on the accelerator by mistakes.

And then there are others that drive. Maybe they drive, not because they want to, but because they have to. And for those people, it’s a different issue. They’re getting involved in more and more accidents.

So while the overall number of accidents are coming down, in Tokyo for example, more than one in five traffic accidents that happen involve a senior citizen. And maybe these are people that should no longer be driving, but have to drive because there is no other way to get around.

So if we can create solution for these people, it could be a game-changer for seniors in Japan. And the joy I get from doing my job at Uber is that we get to apply technology to try to tackle really really hard problems that people thought were not solvable. And I have the joy of doing that in my native country.

So just recently we started a new service in the city of Kyotango, in Kyoto prefecture. We’re serving an area called Tangocho which is inhabited by about 6000 people of whom 40 % are already age of 65. It’s what’s known as an underserved area.

There’s no good transportation. So the buses only run a few times a day. And the taxi company that used to operate there abandoned the area about 8 years ago for financial reasons.

So what we began in collaboration with the local non-profit organization is a service that we call Sasaeaekotsu, which literally translates to mutual aid transportation. So it’s a very simple concept.

It’s about neighbors giving of their neighbours’ a ride or visitors’ a ride when they come. So that’s the concept we began very recently. There are 18 people, 18 residents of the town registered as drivers.

So what’s Uber like you know it, it works like in every other city where Uber operates. Our first riders were tourists from Singapore as well as this woman here Azumasan, 80+ year old woman that used to be a school teacher.

And to her surprise, her first driver was actually her student from 35 years ago. So as this story kind of illustrates, Sasaekotsu is just an extension of what people in places like Kyotango have done.

They’re helping each other, getting each other rides. But with the use of technology, we make that a lot more efficient, a lot more transparent, and a lot safer because each trip that happens on the Uber platform is recorded.

And also after each trip, we ask the rider and driver to rate each other. And also it makes it a little bit less awkward because the platform allows for a cashless reimbursement of costs.

So before all this happened, the people of Tangocho had to adjust their lives to the inefficient transportation network that existed in the town. And because of that people went out less, which means people consumed less.

As a result, a lot of stores and shops, and local community had to close down. 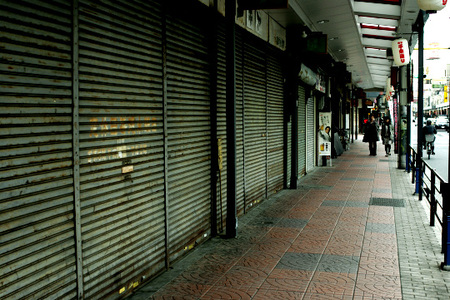 There’re a ton of areas where you could see shopping streets with many closed shops. (Photo: Tokyo, Taito district)

Tangocho is not exception in Japan. In fact, there are hundreds of other municipalities that are facing similar challenges with the decreasing population and aging population.

So we have the privilege of working with some of them right now to try to figure out a sustainable lasting solution in these areas. Leveraging technology and embracing the concept of sharing. And what better place to do this in Japan which has the world’s highest proportion of senior citizens.

If you can find a solution in Japan, it can crack this here that could become a model for hundreds if not thousands of other cities around the world.   So what I’m talking about today is not that radical idea, it’s just a different way of seeing things.

And it’s about the concept that doesn’t require additional investments or taxpayers’ money because it’s about putting the things that are already out there, the millions of cars and the roads that have been built over time to better use.

So it’s about applying, it’s about taking a time right now to think about what the future could look like and should look like. So if we can modernize the concept of Nagaya, and apply it to different social problems such as transportation in Japan, Japan has an opportunity to create a lasting solution for its people among them it’s millions of senior citizens.” 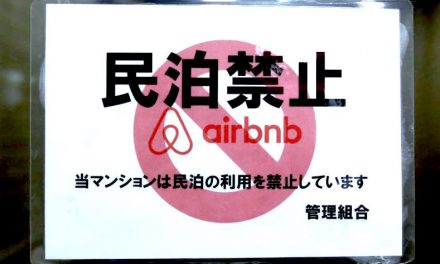 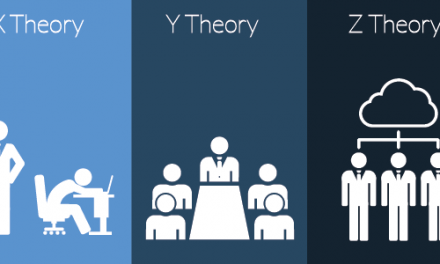 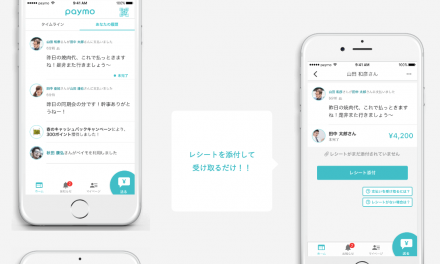